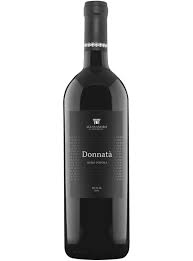 Donnatà Nero d’Avola comes from the most significant Sicilian red grape, which fully expresses its territory through an admirable balance and a surprising pleasantness. On clay soils, rich in limestone and potassium, the vineyards of Nero d’Avola are laid down and vigorous, planted starting from 2000 with an espalier system with spurred cordon.

The Donnatà Nero d’Avola is a wine with a strong personality and complexity, which fully expresses the territory from which it comes, also through its admirable balance and surprisingly pleasant to drink.

Palate | intense, vigorous and well-structured, it is soft and pulsating, very pleasant to drink due to its gustatory harmony and its long, long finish.

The Nero d’Avola Alessandro di Camporeale takes its name from the name they gave to the family at Christmas, calling it Don Natale and then to the Sicilian Don Natà.

Aging | 6 months in steel tanks, a small part of the mass for 6 months in 30 hl oak barrels

There are no reviews yet.

Would you please buy this awesome piece for me dear? :)